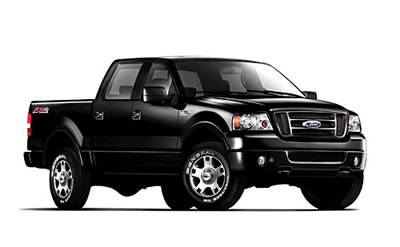 Ford F-150 parts are easy to find if you know where to look, UNAP can help you to easily find f150 parts and accessories. UNAP can locate millions of parts including f150 truck parts online through our part suppliers.

Save time and money by letting us do the part searching for you, getting those ford f150 parts has never been easier, we have tons of f-150 parts including but not limited to:

UNAP makes part locating very easy, if you need ford f-150 parts then we can find them fast and easy, we locate all types of f-150 parts from f-150 engines and transmissions to ford f-150 pickup bumpers and lights.

To find the f150 parts you are looking for please select your year and make on the form above and click next step.

Your part request has been sent to our network of auto recyclers. You will be contacted shortly.